Mobile payments encompass technologies that enable payment services (operated under financial regulation) from or via a Mobile device (including Wearable). Access, convenience and layers of functionality all work together. The ubiquitous nature of mobile devices might end the era of traditional wallet. With Mobile, clients feel constantly connected to one of the most important aspects of life – their money.

Money 3.0 – The Era of a Cashless Future

Smartphones replaced a few things we grew up with: the watch, the alarm clock, the tape recorder, music players, and it seems that very soon, we can add cash and wallets to that list. Cash represents Money 1.0, Credit cards represent Money 2.0, and with digital / mobile payments we have entered Money 3.0 era. Smartphones, which combine the power of Internet and telecommunication, are introducing fascinating new ways of making transactions.

The acceleration of smartphones in developing countries has already created a host of additional mobile opportunities that are disrupting payments, both banking and retail. With the launch of Samsung Pay and, more recently, Android Pay, and with Apple recently announcing its expansion plans for Apple Pay, this is no doubt about to change. So, in 2017, I think we’ll see the Mobile payments and commerce industry get stronger.

With 6 billion mobile phone subscriptions, and more than a billion smartphones already in the market, it’s just a matter of time before we embrace the idea of losing that traditional wallet and opting for a digital one!

The use of mobile payments isn’t a new concept. In fact, different offerings have been around for years. In 2016 we saw significant adoption. With accelerated innovation cycles we could be witnessing the beginning of a profound shift in payment culture. 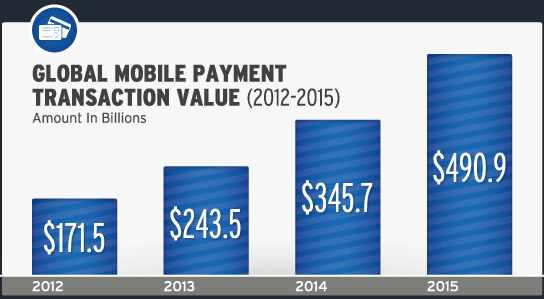 Bank-Centric: A bank deploys mobile payment applications or devices to customers and ensures merchants have the required point-of-sale (POS) acceptance capability. Mobile network operator are used as a simple carrier, they bring their experience to provide Quality of service (QOS) assurance.

When was the last time you visited your Bank to deposit / withdraw cash? Yeah! I don’t remember either. Branch Banking was replaced by Internet Banking few years back. But now with the advent of Mobile, every Bank has a new branch, i.e. your Smartphone. Either call the Mobile Banking phone number or download the respective Bank’s Mobile App, your Bank is now at your service 24*7. With 24*7 seamless access to your money, Mobile Banking has changed the way people use Banking services.

A simple mobile web payment system can also include a debit / credit card payment flow allowing a consumer to enter their card details to make purchases. This process is familiar but any entry of details on a mobile phone is known to reduce the success rate (conversion) of payments. In addition, if the payment vendor can automatically and securely identify customers then card details can be recalled for future purchases turning credit card payments into simple single click-to-buy giving higher conversion rates for additional purchases.

The new trending technology now-a-days. Instead of carrying a physical wallet, User registers for a Mobile Wallet & receives a PIN >> Either save your Card or Bank details OR pre-load a certain amount of money with any service provider >> Using the PIN as authentication, Mobile Wallet can be used for various bill payments and recharges. The digital wallet allows users to instantly send money, pay bills, recharge mobiles, book movie tickets, send physical and e-gifts both online and offline. 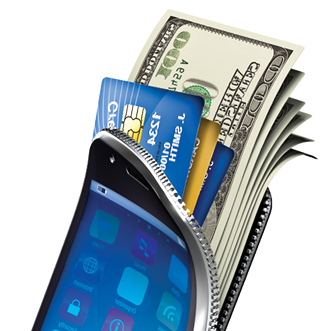 With Giants like Apple, Google, Samsung, Amazon and Flipkart entering this domain – it is expected to grow exponentially!

A significant shift for mobile payments in retail is being driven by retailers themselves: mobile payments via retailers’ apps, especially around omni-channel retailing, where consumers switch between channels such as mobile, Internet and shops to complete a purchase. 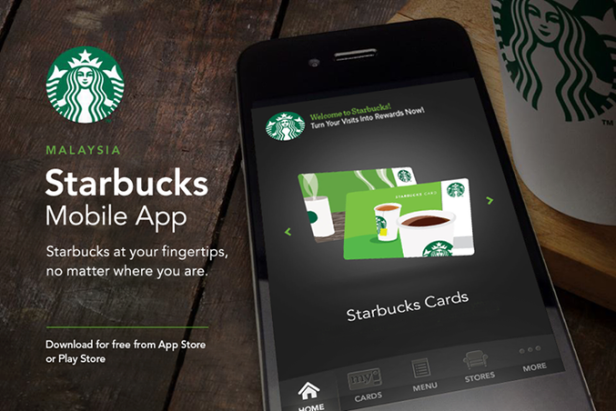 The success of retailers’ mobile payments will lie in the connection with their customers via loyalty rewards tied into their payment apps.

Instead of carrying a Credit Card POS, all it takes for delivery boys is a credit card reader device, plugged into their smartphone, and they can start accepting credit card payments straight away. Authorization of the transaction is done with the customer’s signature right on the mobile screen and receipts can be mailed to them for safekeeping. A smartphone is a lot lighter to bring around, and also a more powerful alternative, given the right payment app and equipment.

This is used as an electronic ticket for access to goods, content or services. Transactional payments by SMS have been popular in Asia and Europe and are now accompanied by other mobile payment methods. Here is the typical end user payment process: 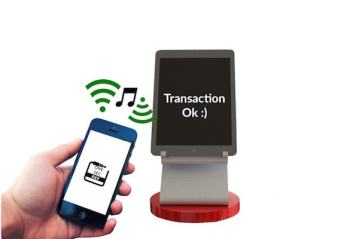 The audio channel of the mobile phone is another wireless interface that is used to make payments. Several companies have created technology to use the acoustic features of cell phones to support mobile payments and other applications that are not chip-based. The technologies Near sound data transfer (NSDT), Data Over Voice and NFC 2.0 produce audio signatures that the microphone of the cell phone can pick up to enable electronic transactions.

The idea is to charge all your online purchases to your phone bill and clear that at the end of the month. The good thing with this method is that you need not even own a smartphone to start making online purchases. The consumer uses the mobile billing option during checkout at an e-commerce site—such as an online gaming site—to make a payment. After two-factor authentication involving a PIN and One-Time-Password (often abbreviated as OTP), the consumer’s mobile account is charged for the purchase. It does not require the use of credit/debit cards or pre-registration at an online payment solution such as PayPal, thus bypassing banks and credit card companies altogether. This type of mobile payment method is extremely prevalent and popular in Asia. 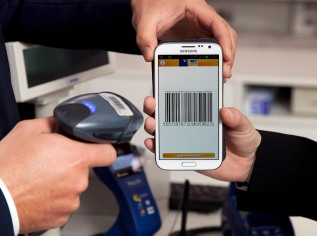 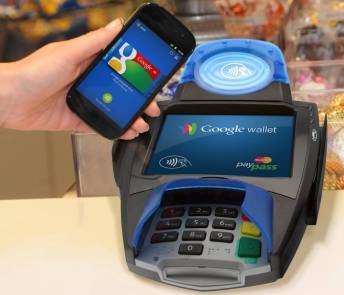 Contactless transactions are growing at rates of 200% to 300% a year in some markets. Near Field Communication (NFC) is used mostly in paying for purchases made in physical stores or transportation services. A consumer using a special mobile phone equipped with a smartcard, waves his/her phone near a reader module just like you would swipe your Debit card. Most transactions do not require authentication, but some require authentication using PIN, before transaction is completed. The payment could be deducted from a pre-paid account or charged to a mobile or bank account directly. Mobile payment method via NFC faces significant challenges for wide and fast adoption, due to lack of supporting infrastructure, complex ecosystem of stakeholders, and standards.

There are an increasing number of mobile and Internet applications, most notably Apple iTunes, MasterCard Cloud Based Payments, where cards are registered once in the cloud and then re-used within these applications to make payments when a purchase is made. The cloud based approach places the mobile payment provider in the middle of the transaction, which involves two separate steps.

We have already seen the introduction of mobile payments through smartwatches, but we can expect to see mobile payments become less smartphone-dependent in 2016. The more objects connect to the Internet, the more methods of payment will become available. New wearable technology including bracelets and even rings will enable us to pay on the move. As a result, we will see more countries cutting down on the use of cash and increasingly adopting alternative payment methods, in turn encouraging the revolution of the cashless society. The “Internet of Things” will inevitably become the “Commerce of Things.” 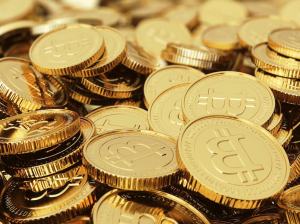 Analogous to physical gold as a store of value and to physical cash in the way value is transferred, these virtual currency offerings – such as Bitcoin and Litecoin – are driving a wave of investment and innovation by companies such as Bitpay. In the months to come, it is highly anticipated that digital currencies will be used interchangeably with legal tender, creating a new payment system that will expand beyond the existing financial ecosystem.

The Role of Customer Experience

A cashless economy is the future vision of the mobile payments industry. With the rapid growth of smartphone ownership the world over, this vision is fast becoming a reality. But it is the consumer experience when paying for goods and services using their smartphone that will really tip the scales. Make it seamless, compelling and secure, and users will go for it. Though it is still early days, the age of seamless payments is coming. Companies taking a “consumer first” approach to their user design and mobile payments strategy today will be well-positioned in this cashless economy. 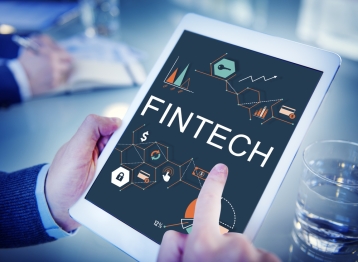 A true economical war is upon us. Fierce battles of innovation are already taking place and shaping the future of payments. As disruptions in the Financial Technology (FinTech) gain momentum, payment world is becoming more challenging than ever. Traditional payment methods and infrastructures are in a state of transformation due to increasing competition among new start-ups and their disruptive business models. With further improvement in data analytics and security, Mobile Payments is poised to win the confidence of untapped consumer base, resulting in higher adoption of digital payment services. Mobile is driving massive disruption across diverse industry sectors and big companies that fail to keep up will fall behind.

One thing is certain, 2017 is set to be yet another ground breaking year for the mobile payments industry with numerous innovative and alternative payment methods. With the use of new mobile payment solutions introduced by various companies and technologies, we have been witnessing a huge transformation in our daily lives. As alternative payment methods become more secure and streamlined within our society, we can expect to see the industry reach new heights.

Looking for a Job Change in QA/Testing technology? Get Regular Job notifications @ WhatsApp!

Benefits of Cloud based Testing for Mobile applications

The mobile application ecosystem is very dynamic. OEMs are launching new devices and new customization, and new OS versions are delivered every now and then. This is the constant challenge that most enterprises face. As the new versions of devices and operating systems create capabilities to expand your application, it’s imperative to test your app quickly over an ever expanding variety of devices so your newer versions are as spotless as ever. To achieve this, innovative techniques like Cloud based Testing for Mobile applications are required to be implemented to ensure optimal performance and user experience regardless of the type of his handset, operating system, geographical location and network service provider. Cloud based Testing for Mobile applications offers Web-based access to a large pool of real handsets and devices connected to live networks spread globally, providing enterprises with end-to-end control for manual and automated testing practices.

Mobile application development | Why do most Mobile Apps fail?

The shift to mobile application development is impacting companies of all shapes and sizes, making it one of the most competitive ventures. From social media to shopping, navigation, and so much more, digital users spend hours utilizing the millions of apps available literally at their fingertips. With so much choice, users aren’t likely to give any app a second chance, and many people don’t. In fact, almost 35% of mobile app engagements last less than a minute, suggesting users don’t take long to make judgments.

We all know about successful Mobile Apps like WhatsApp, LinkedIn, Flipboard, Instagram, Facebook, etc. Ever thought what keeps other apps like Viber, WeChat, etc. on the similar theme suffer disapproval and losses? While competition in the mobile application development market is high, failure isn’t always a result of bad luck. In most cases, there are other contributing factors. So, why do most apps fail?

Get Started with Studio